how we make sound

This is where we get the term    frequency     to describe pitch. Pitch is determined by how often or how frequent the air molecules are displaced and then  come back to their original position.

How do we create sound with our voices? 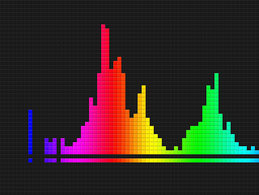 We've said that the number of times the vocal folds vibrate per second is the pitch that is produced.  But this isn't quite the whole story. The vocal folds actually vibrate at multiple different frequencies at once.  The vibrations that are faster than the original vibration are called harmonics or overtones.
All sounds in nature have harmonics
That is to say all things in nature, including the vocal folds, vibrate at multiple frequencies at once
Go to the Harmonics vs. Formants page for further explanation on harmonics 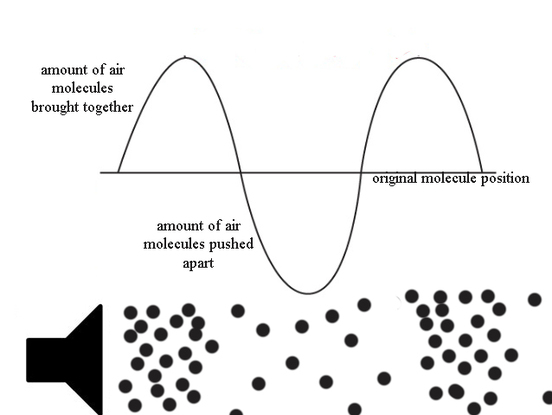 The graph of a sound wave is meant to show you how the air molecules are being displaced.

The x-axis represents the original position of the air molecule before it was interrupted by the wave.

The arc above the line shows how many air molecules are brought together at a certain point in time.

Sound waves are periodic - they repeat themselves. The same amount of air that is pushed apart comes right back together and then the cycle repeats.

Noise waves is aperiodic - the wave does not show a pattern.
In speech and singing, consonants are often noise waves and vowels are sound waves.

The information on this page can be found in many other source documents that explore it in more detail.  If you'd like to know more about this topic, we encourage you to read Fascinations of the Human Voice by Ingo Titze, Principles of Voice Production by Ingo Titze, or Your Voice: An Inside View by Scott McCoy.
Disclaimer:  We have tried to give credit to all of the images that we've used that are not our own, or believe them to be in public domain.
If you see something that is yours that you feel is being used without proper permission, please let us know and we will gladly credit you or remove it.  Thanks for your help!