For the muscles that activate during breathing, the singer’s primary goal is to center themselves and become aware of the muscular activity. When voice users coordinate their breathing muscles, they tend to say that they don’t feel much at all, or that their breath feels easy. Of equal interest, when vocal folds more efficiently manage airflow, voice users tend to report feelings of "breath support."  Far from a passive approach to breathing, training the muscles to engage optimally requires the joint practice of strengthening and centering.

​Finding one’s center is a life-long experience, changes regularly, and is one that most vocal lessons and ensemble rehearsals have limited time for. However, if more time is available, we work through a number of other exercises to further allow for voice users to explore how their muscles have habituated to their current body habits.


Connecting breath to phrase
One of the hardest parts of voice use is maintaining consistent breath pressure over the course of a phrase. Titze’s  lung pressure diagram above shows the trade off between the pleural and muscular pressure over time. Asking a  voice user to feel this exchange is like asking them to pick up a toothpick with their hair. Alerting the centered body  to the desired goal, however, tends to do the trick. Here are a few exercises that we’ve found helpful. They all  have to do with visualizing the length of a phrase and asking the body to have enough air to sing the whole of it.
12-count breath and 8-count pulse
The next step is to engage the body more fully to build awareness of muscular engagement. Have them  breathe in over 12 counts, and then pulse (on [ʒ], [s], [h], etc.) for 8 counts, engaging their abdomen as fully as  possible on the pulses. Increase the intake to 16, 20, etc. counts. Although a voice user’s breath doesn’t involve  this kind of aggressive muscle contraction, this exercise helps singers connect to their bodies and breath  mechanism.  As breathing habits develop, this more conscious approach can be altered by using jumping jacks, which will engage less conscious breath mechanism engagement, and free the conscious mind from perceived control.
The dropping arm
Raise your arm above your head. Over the course of the phrase,  slowly lower the arm in an arc such that at the end of the phrase, the arm is even with your legs. Choose the arm-lowering tempo before you begin, and try not to speed up or slow down. If the phrase ends and your arm is not flush with your leg, try again with a different tempo. 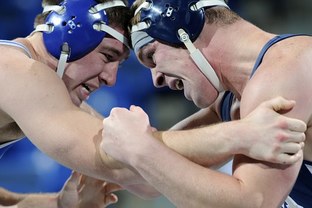 What  We  Avoid
We tend to avoid the idea of “taking” a breath, or “holding” breath,  or “pushing”, “pulling”, or otherwise consciously attempting to make the body do anything. These kinds of words reinforce the idea of “work” that is a trick of consciousness, and can lead to excessive amounts of breath pressure and physical discomfort. We proceed from the belief that if you can feel your abdomen engaging forcefully, you’re probably overburdening the vocal folds.
The  most efficient breath feels freeing.

The diaphragm is a unique muscle. It dissects the entire body in the center, is one of only
two muscles that does not mirror itself, and it connects to the spine at our center. Some traditional language dealing with the diaphragm and its role in breathing, have developed in ways that can be misleading to how people relate to their bodies.

Several authors have discussed observable instances where the diaphragm contracted during expiration. In his 1987 The Science of The Singing Voice, Sundberg is a little more upbeat about application of diaphragmatic contractions during expiration (page 31-32 and 91-92).  Thomas Hixon, in Respiratory Function In Singing (2006), however, strikes a more sober note.  After discussing examples of these kinds of events, he cautions that "The discussion above does not suggest a major role for the diaphragm in extended steady singing.  Bouhys et al. (1996) were able to change this and engage the diaphragm by using a special technique to lower the pressure at the airway opening (mouth and nose). . .Thus, although the diaphragm did not usually contribute significantly to braking action, it could be made to do so under special mechanical conditions" (Respiratory Function In Singing. Redington Brown, Inc., 2006, page 86-87).

"3D illustration X-ray transparent lungs" photo courtesy of  yodiyim at FreeDigitalPhotos.net.
"3D illustration respiratory system" photo courtesy of yodiyim at FreeDigitalPhotos.net.
Disclaimer:  We have tried to give credit to all of the images that we've used that are not our own, or believe them to be in public domain.
If you see something that is yours that you feel is being used without proper permission, please let us know and we will gladly credit you or remove it.  Thanks for your help!